George S. Day is the Geoffrey T. Boisi Professor, Professor of Marketing and co-Director of the Mack Center for Technological Innovation at the Wharton School of the University of Pennsylvania. He previously taught at Stanford University, IMD (International Management Development Institute) in Lausanne, Switzerland, and the University of Toronto, and has held visiting appointments at MIT, the Harvard Business School and the London Business School. Prior to joining the Wharton School, he was Executive Director of the Marketing Science Institute, an industry-supported research consortium.

Dr. Day obtained his doctorate from Columbia University in 1968. He presently serves on five editorial boards and has authored fifteen books in the areas of marketing and strategic management. His most recent books are Peripheral Vision: Detecting the Weak Signals that Can Make or Break Your Company (with Paul Schoemaker) published in 2006, Wharton on Dynamic Competitive Strategy (with David Reibstein) published in 1997, Wharton on Managing Emerging Technologies (with Paul Schoemaker) published in 2000, and The Market Driven Organization, published in 1999. He is the co-editor (with David Montgomery) of the 1999 special issue of the Journal of Marketing. He has also published in the Harvard Business Review, California Management Review, Strategic Management Journal, Planning Review, Journal of Consumer Research, Journal of Marketing Research, Sloan Management Review, and Strategy & Leadership. 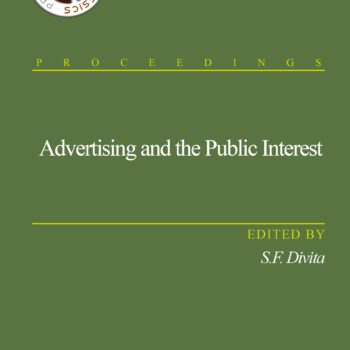 Advertising and the Public Interest

Divita assembled Advertising and the Public Interest from selected papers of the Advertising and the Public Interest Conference held in Washington, D.C. in May 1973. These papers are written by top names in the field, such as George S. Day, Francesco Nicosia, John A. Howard, and John G. Myers. These papers begin by discussing the 1971 FTC Hearings and move on to discuss all the differing aspects of advertising. Some of the perspectives focus on how television changed advertising, how adult and children consumers feel about the new roles advertising took on in the early 1970s, and new avenues for advertising research. 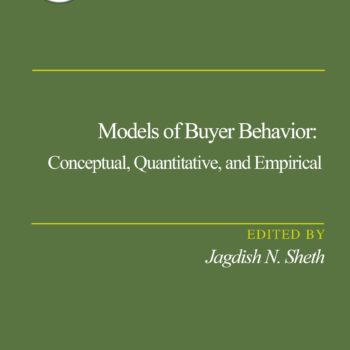 Chapter 11: Attitude Change and the Relative Influence of Media and Word-of-Mouth Sources

Chapter 11 of Models of Buyer Behavior

Attitude Change and the Relative Influence of Media and Word-of-Mouth Sources examines the extent of word-of-mouth communication versus media exposure to introduce a specific new or established brand. The relative influence of these two sources is then evaluated by measuring differences in rates of attitude change and formation. The chapter ultimately establishes word-of-mouth as an essential key to establishing and introducing a product.