Chapter 13 of Multivariate Methods for Market and Survey Research

The chapter describes the application of a few latent structure analysis models to a number of typical marketing and advertising problems. First the central notions of LSA are presented together with formal versions of three models. Finally, basic problems encountered in applying LSA to the marketing discipline are addressed. 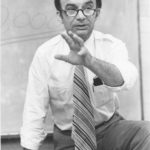 Professor Nicosia retired in 1991. Before coming to Berkeley, he was Assistant Professor at the University of Rome, Fulbright Fellow at Stanford, and a Visiting Fellow in Lausanne, Switzerland. For much of his career at Berkeley, he was a research associate of the Survey Research Center (SRC), and he was also associated with the Institute of Business and Economics Research and the Center for Research in Management Science. He held visiting appointments at the universities of Pittsburgh and Waterloo. He also participated in dozens of workshops, symposia, and conferences at leading universities in the U.S. and abroad.

Nicosia was a prolific writer and researcher and is most well-known for his seminal work, Consumer Decision Processes (Prentice-Hall, 1966) in the Herbert Simon series of books on behavioral science in business. This book was one of the first in the emerging field of consumer behavior in the 1960s, and presented a comprehensive general theory of consumer behavior. This work was translated into five languages and widely quoted in marketing literature years after its publication. The field of consumer behavior has grown widely and rapidly since the 1960s. Nicosia is often considered one of its founders.

There is now an active body of consumer behavior scholars in major universities in the United States and around the world, a major association called ACR, the Association for Consumer Research, and associated prestigious journals such as the Journal of Consumer Research. Nicosia was a pioneer and a major contributor to the development of this field. He died of lung cancer in 1997.