Chapter 14 of Models of Buyer Behavior

Thomas S. Robertson is the current Dean of the Wharton School of Business at the University of Pennsylvania. Prior to this position, he served as Dean of Emory University’s Goizueta Business School. He earned his B.A. in business from Wayne Univeristy and his M.A. and Ph.D. in marketing from Northwestern University. He is the author/co-author of a dozen books and over 100 scholarly articles. He is recognized nationwide as a leader of international and interdisciplinary education. 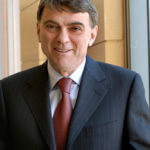 Thomas S. Robertson is Dean of the Wharton School and Reliance Professor of Management and Private Enterprise at the University of Pennsylvania, a position he has held since August 2007.

A seasoned business school administrator and a member of the Wharton faculty from 1971 to 1994, he has long been a champion of international and interdisciplinary education. Since returning to Wharton as Dean, his focus has been to expand the global footprint while advancing Wharton as a force for social and economic good.

Prior to his second tenure at Penn, Robertson led extensive internationalization efforts at Emory University. As Chair of International Strategy, he cultivated substantial strategic alliances especially in Ethiopia. He also established an international advisory board for the university, and developed a number of new international and joint degree programs. He served as Executive Faculty Director of the Institute for Developing Nations, a major joint-venture research initiative with The Carter Center and President Jimmy Carter.

From 1998 to 2004, Robertson was Dean of Goizueta Business School at Emory University. He is widely credited with positioning the school as an international leader in business education. He led Goizueta into an unprecedented era of growth, increasing the size of the faculty by 73 percent, doubling revenues, and nearly doubling the endowment. He also developed new international alliances for the school, spurred major growth in executive-education programs, added a major new building, and launched a new PhD program.

From 1994 to 1998, he was Sainsbury Professor, Chair of Marketing, and Deputy Dean of the London Business School in charge of the portfolio of degree and non-degree programs.

In his first tenure at Wharton, he was Pomerantz Professor of Marketing and Chair of the Marketing Department. As Associate Dean for Executive Education, he led the effort to build the Steinberg Conference Center, designed an innovative set of new senior-management programs, and substantially increased financial contributions.

An expert in marketing strategy and competitive behavior, the diffusion of innovation, and consumer behavior, Robertson is author, co-author, or editor of a dozen books and almost 100 scholarly articles and book chapters. He has won numerous awards for his scholarship and has lectured widely in North and Central America, Europe, Asia, and Australia. He has also served as a marketing strategy consultant to a number of international companies, including Proctor & Gamble, IBM, Roche Laboratories, T. Rowe Price, Nestle, ScottishPower, Standard Life, Merck, British Airways, and Verizon.

In addition to his appointments at Wharton, Emory, and London Business School, Dr. Robertson has held faculty positions at the Anderson School at UCLA and Harvard Business School.

Born in Gourock, Scotland, and raised in Scotland and Detroit, Robertson earned his BA in business from Wayne State University and his MA and PhD in marketing from Northwestern University.

Be the first to review “Chapter 14: A Critical Examination of “Adoption Process” Models of Consumer Behavior” Cancel reply