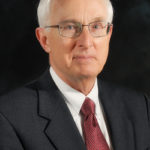 Dr. A. Benton Cocanougher was appointed Interim Dean of the Bush School effective January 1, 2009. He is Dean Emeritus and Professor Emeritus at the Mays Business School at Texas A&M University. Cocanougher has a long and distinguished record in academic administration having served as Dean of the Mays School of Business from 1987 — 2001, dean of the College of Business (1976-1985), and senior vice president and provost (1985-87) at the University of Houston. Most recently, he served as the interim chancellor of the Texas A&M University System (2003-2004).

Dr. Cocanougher earned his undergraduate and graduate degrees in finance and marketing from the University of Texas at Austin. His primary research interests include marketing strategy and planning and consumer analysis. His publications have appeared in several professional journals, including Harvard Business Review, Journal of Marketing, Journal of Marketing Research, and Social Science Quarterly. 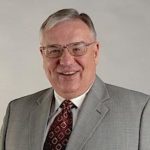 From 1988 through 1989, Locander served as president of the National American Marketing Association. From 1991 through 1992, he was an examiner for the Malcolm Baldrige National Quality Award. In 1992, Locander accepted the Frank Harvey Endowed Professorship of Marketing and Quality along with the department chair position at USF. He was also an examiner for the 1993 Governors Sterling Award.

Be the first to review “Problem Definition in Marketing” Cancel reply