Attitude Research Enters the 80’s was edited by Richard W. Olshavsky. This work is a collection of proceedings presented at the 1980 Attitude Research Conference. The papers present a historic review of trends, usage, and methods of attitude research in the 1980s. Categorized in three parts – part I focuses on new theories, new measures and new modes of data collection prevalent in the 1980s; part II decodes the relationship between attitude and behavior; and, part III explains how attitude research is applied to marketing and public policy. 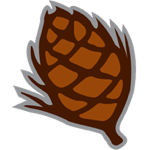 Dr. Richard W. Olshavsky is a psychologist and Professor Emeritus of Marketing at the Kelley School of Business at Indiana University in Bloomington. He has served as a Member of the editorial board, Journal of Consumer Psychology. His area of specialization includes consumer decision-making processes, buyer behavior, and consumer satisfaction issues.

After an earlier incarnation as a practicing mechanical engineer, Dr. Olshavsky received his graduate training in psychology at Carnegie Mellon University (GSIA), where he earned an M.S. in 1965 and a Ph.D. in 1967, working under the supervision of Herbert Simon, the famous Nobel laureate and artificial intelligence expert. His first academic position was as an assistant professor of psychology at the Georgia Institute of Technology. Three years later, his marketing career began when he joined the Marketing Department at Indiana University as an associate professor in 1970.

In the course of his distinguished career, Dr. Olshavsky has published over 60 journal articles and book chapters, made more than 70 presentations, and his work has been cited over 1,100 times by scholars in the fields of marketing, psychology, management, economics, and health care policy. This body of work has earned him election to fellow status in Division 23 of the American Psychological Association and widespread recognition by his colleagues in the marketing discipline as “one of the best researchers in marketing” (Marketing News, 1996).