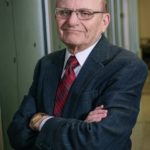 As one of the 250 most frequently cited researchers in economics and business (Thompson-ISI), he has written numerous articles on competitive theory, macromarketing, ethics, channels of distribution, philosophy of science, and marketing theory. Three of his Journal of Marketing articles, “The Nature and Scope of Marketing” (1976), “General Theories and Fundamental Explananda of Marketing” (1983), and, with Robert M. Morgan, “The Comparative Advantage Theory of Competition” (1995), won the Harold H. Maynard Award for the “best article on marketing theory.” His 1985 Journal of Business Research article with Lawrence B. Chonko, “Ethics and Marketing Management,” received the 2000 Elsevier Science Exceptional Quality and High Scholarly Impact award. His 1989 article, “Reification and Realism in Marketing: in Defense of Reason,” won the Journal of Macromarketing Charles C. Slater Award. His 1994, “Commitment and Trust,” Journal of Marketing article, with Robert M. Morgan, is the most highly cited article in economics and business (1993-2003).

Be the first to review “Marketing Theory: Philosophy of Science Perspectives” Cancel reply