George John is Associate Dean (CSOM Faculty Support Administration) and the General Mills/Paul S Gerot Chair in Marketing at the Carlson School of Management at the University of Minnesota.

Professor John received his bachelors degree in Aeronautical Engineering from the Indian Institute of Technology, Madras, India in 1974 and his MBA from the University of Illinois in 1974. After earning his Ph.D. in Marketing from Northwestern in 1981, he joined the faculty at the University of Wisconsin.

His academic honors include an American Marketing Association award for his PhD dissertation in 1981, and his selection in 2003 as a “Highly Cited Researcher” in the Business/Economics category by Thomson Reuters Web of Science. 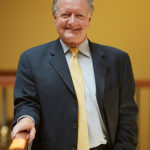 His research focus is on global marketing and branding in emerging as well as developed markets. His current research projects address (a) understanding the continuing importance of place, distribution and localization in marketing strategy and (b) formalizing appropriate marketing and customer metrics for periodic review by boards of directors.

Professor Quelch is the author, co-author or editor of twenty-five books, including All Business Is Local (2012), Greater Good: How Good Marketing Makes for Better Democracy (2008), Business Solutions for the Global Poor: Creating Social and Economic Value (2007), The New Global Brands (2006), Global Marketing Management (5th edition, 2006), The Global Market (2005), Cases in Advertising and Promotion Management (4th Edition, 1996) and The Marketing Challenge of Europe 1992 (2nd edition, 1991). He has published seventeen articles on marketing strategy issues in Harvard Business Review, and many more in leading practitoner and academic journals including McKinsey Quarterly, Sloan Management Review, Marketing Science and Journal of Public Policy and Marketing.

Professor Quelch is well-known for his teaching materials and innovations in pedagogy. Over the past twenty years, his case studies have sold over 3.4 million copies, third highest in HBS history. In 1995, he developed the first HBS interactive CD-ROM exercise (on advertising budgeting process in Intel). In 1999, he developed and presented a series of twelve one hour programs on Marketing Management for the Public Broadcasting System. His Marketing Know: How blog was one of the first faculty blogs distributed by Harvard Business School Publishing.

Professor Quelch has served as an independent director of twelve publicly listed companies in the USA and UK. He is a non-executive director of WPP Group plc, the world’s largest marketing services company, and Alere Inc., a medical diagnostics and health management company. He has also served pro bono as Chairman of the Port Authority of Massachusetts and as Honorary Consul General of Morocco in New England.

Professor Quelch has been a consultant, seminar leader and speaker for firms, industry associations and government agencies in more than fifty countries. He is a member of the Trilateral Commission and the Council on Foreign Relations. He was awarded the CBE (Commander of the Order of the British Empire) in the 2011 Birthday Honours of the Queen of England.

John H. Lindgren, Jr. is the Consumer Bankers Association Professor of Retail Banking at McIntire School of Commerce at the University of Virginia. He has published numerous articles and monographs in journals such as Journal for the Academy of Marketing Science, Journal of Services Marketing, Journal of Professional Services Marketing, Journal of Marketing Education, Journal of Retail Banking Services, Bankers Magazine, Cost and Management, and the Journal of Accounting, Auditing and Finance, as well as for numerous proceedings of national and regional professional associations.

Professor Lindgren has co-authored 10 books and monographs in the field of marketing and serves on the editorial boards of several marketing publications. His multimedia CD-ROM textbook titled Marketing: An Integrated Learning System is a first of its kind, published in 1996. He has developed an expertise in Multimedia learning, multimedia CD-ROM design, Web design and services, and advertising. He has served on the faculty of numerous banking programs throughout the United States. He has designed websites for institutions and served as a consultant for universities, private firms, and federal departments.

Professor Lindgren is past vice president of the American Marketing Association and served on the National AMA Board of Directors. His proudest accomplishment was being named Outstanding Young Professor at the University of Virginia in 1983. 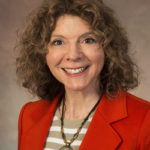 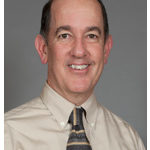 Dr. Subhash Sharma is James F. Kane Professor of Marketing at the Darla Moore School of Business at the University of South Carolina. He received his Ph.D. in Business Administration with a concentration in Marketing from the University of Texas at Austin, an M.S. in Industrial and Systems Engineering from San Jose State University at San Jose, California, and his B.S. in Mechanical Engineering from Osmania University in India. His research interests include marketing strategy, structural equation modeling, data mining, customer relationship management, marketing-operations interface, and global marketing strategies.

His research interests are persuasive communications, attitude theory, and learning theory. His research articles has won him several awards including the Outstanding Contributions to Advertising Research Award from American Academy of Advertising. He has been a member in the Editorial Review Board of marketing journals such as Psychology and Marketing, and Marketing Letters. 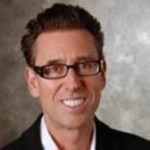 William R. Dillon is Herman W. Lay Professor of Marketing and Professor of Statistics at Southern Methodist University Cox School of Business. His research expertise focuses on advertising, public relations, and related services. Dr. Dillon has PhD from City University of New York and MBA from Bernard M. Baruch College at the City University of New York. He has co-authored four books and has published over fifty articles in various journals. He has also participated and presented proceeding in several marketing conferences. He is serving on the editorial boards of Journal of Marketing Research and Marketing Letters.